“Do you know how to get permission” … is how it began.  And this question set in motion a two-and-a-half day trek with 16 hours (800 miles) of driving plus the usual sleepless nights.  The first night found us shivering at Mono Lake.  I knew it would be cold, but it was colder than I anticipated and my 7 layers of clothes were just barely keeping the frigidity at bay.  Unfortunately due to a low fog that crept in and the aforementioned bracing cold, we were unable to hang out until moonrise which that night was to be at 12:20 am.

Takeaway: Always be prepared for 20 degrees lower temperature than the forecast!

After sleeping in, and grabbing breakfast we took a long drive to Bishop by going through Benton and stopping at several Petroglyph sites.  There were some remarkable locations I’d never seen before along the route, including a place that looks strongly like the formations at Alabama Hills.  Unfortunately the photos I took with my Spyglass application were never saved… we’ll be talking about Spyglass in the future, so stay tuned. 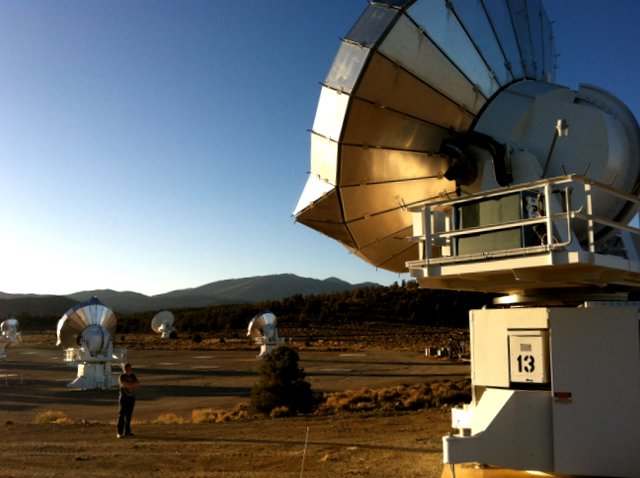 Andy stares down #13 as the sun sets.

The second evening we found ourselves at 7,200 feet elevation where clear skies turn a noticeable purple after sunset. But I talked Mr. Mean 🙂 into remaining until at least moonrise which on that night followed the rise of Sagittarius. 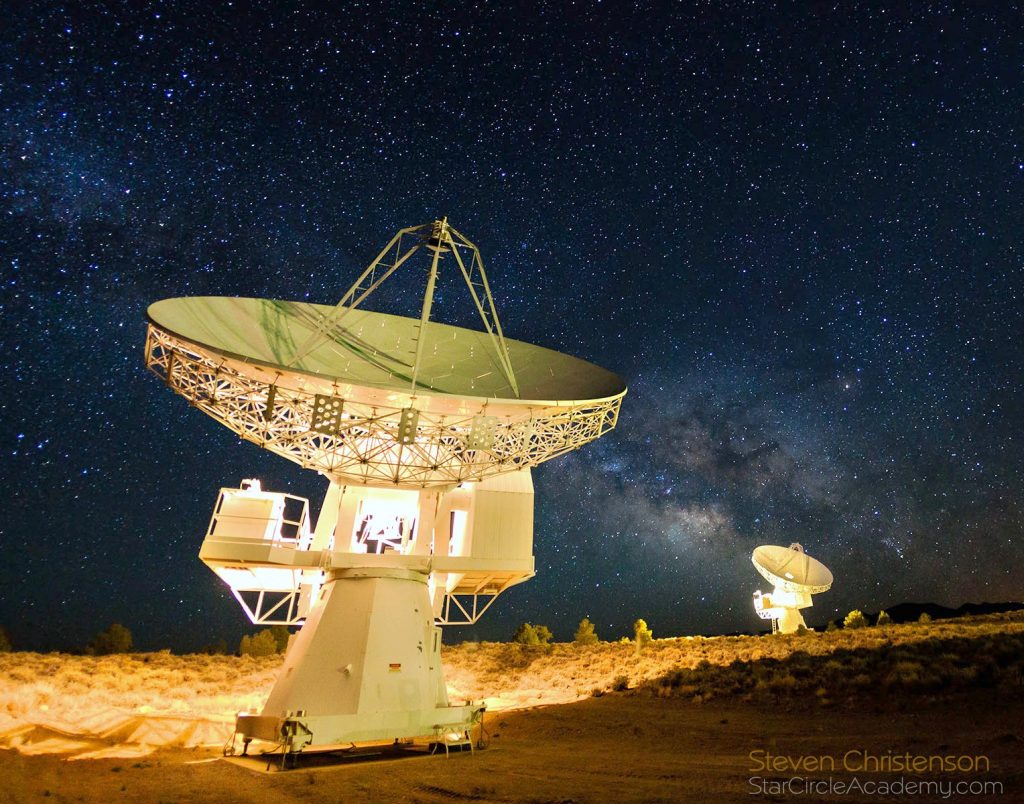 The Milky Way rises over the 10.4 meter radio telescopes at Cedar Flat, California.

Here is a short timelapse from which the above is taken:

For a slightly different take including an additional sequence, see here. 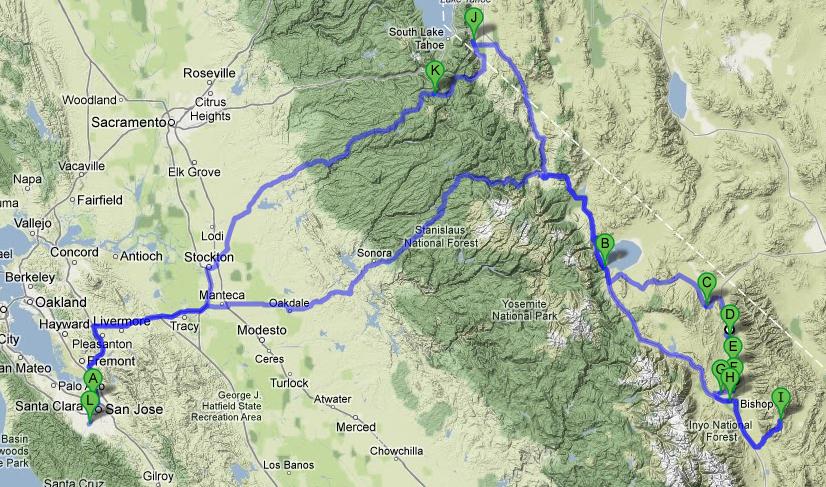 WIth Tioga pass closed, we traveled through Sonora Pass on the way out and by accident through Carson Pass on the way back.  There was precious little snow anywhere except in Carson Pass.  The area around Caples Lake was particularly nice. 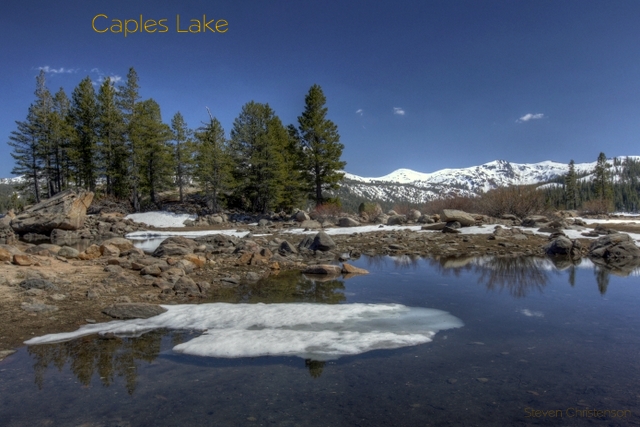 Caples Lake, Ebbetts Pass, California. This is a little bay in the lake. Caples Lakes is MUCH larger. 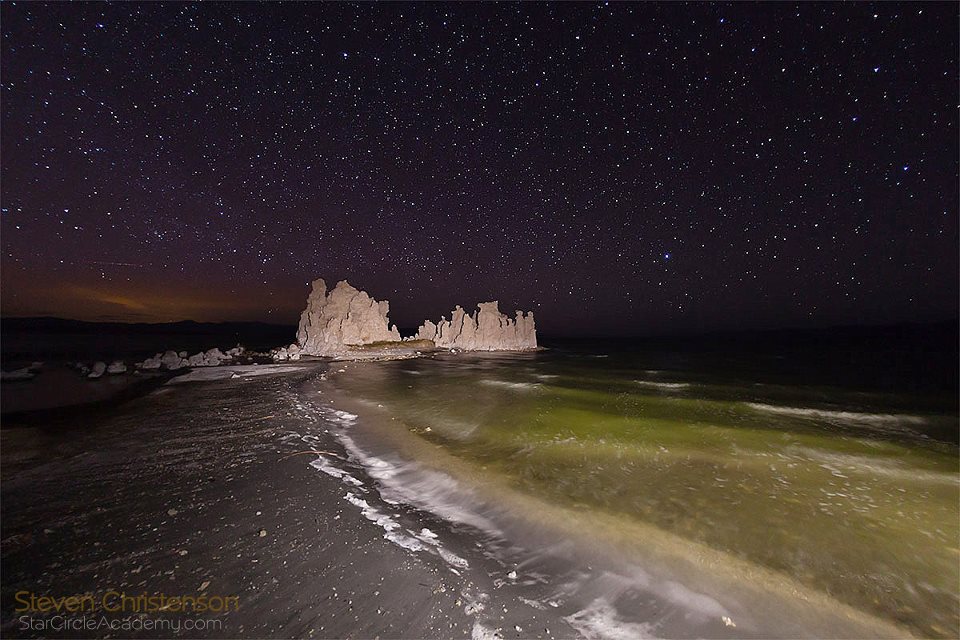 The shoreline of Mono Lake with a large Tufa formation and stars of the north western skies.

By the way, I’ve referred to Andy as Mr. Mean only because he was insistent that I not pay for the gasoline for this long trip.  I don’t think he really has a mean bone in his body. Meanwhile, you might want to check out his antics on his blog: PhotoshopScaresMe.com