You know that color has power. All I know is that in my attempts to render the night sky, some images work better than others – and usually the difference is in the color.

For example, this image was runner-up in the Astronomy Photographer of the Year competition: 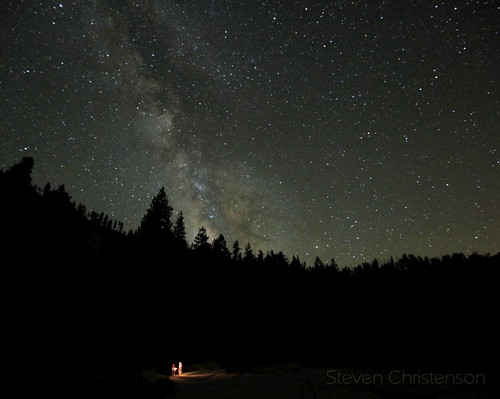 But I also produced an image where the sky is less green and more natural:

The former image is nearly exactly the way the camera chose the colors. To me (and others who I asked) the first image holds more drama which is entirely proper since the two tiny figures were quite literally lost in the wilderness when we found them.  The bluer second image seems more tranquil.

Night images are notoriously difficult to make authentic looking. The camera sees colors I cannot see – like blue and brown in the sky at night. My vision (and yours) is severely curtailed in low light. The camera reveals that in a dark sky there are indeed blues and browns. The camera, however can get confused because it does not know what color white is!  Sometimes the camera’s guess at a proper white balance is interesting and pleasing. 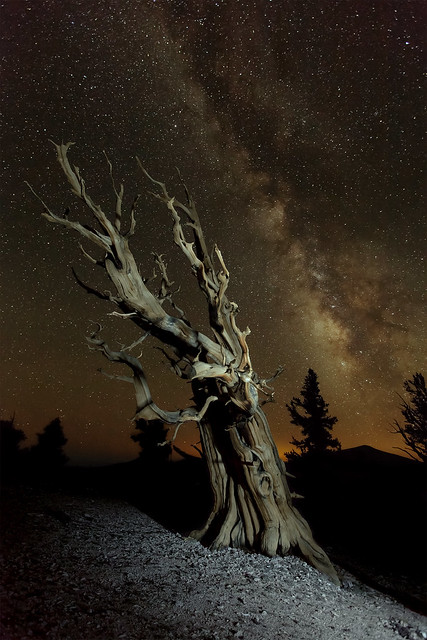 Often, however cameras make a poor choice and produce a dull image.  Our brains do a much better job of deciding what colors make sense. And since it is we humans who notice the nuances of color it is entirely proper that we should exercise the right to override the camera. In the photo below the combination of sodium vapor streetlights on the foreground and tungsten-halogen floodlights on the rocks left the camera with no good choices. However when I chose the color on the rocks to be the white standard I was able to get  an accurate and pleasing – if somewhat surreal – result. 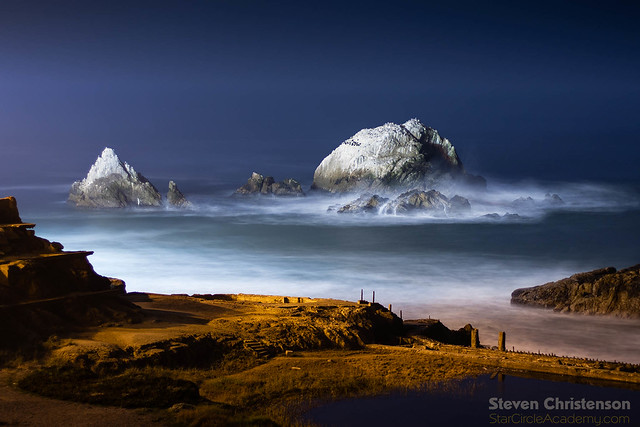 Here are some ways the camera might record the same scene: 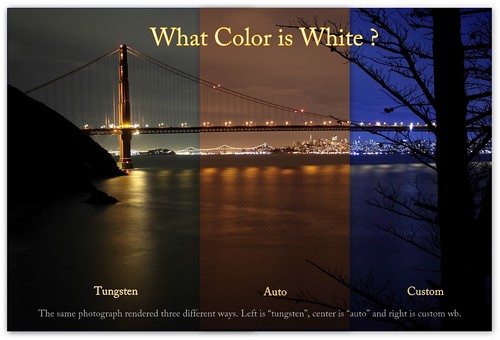 Clearly if left to its own algorithms the camera’s white balance choice could range anywhere from awesome to awful.

The message here is two-fold: be conscious of the white balance the camera chooses but do not be a slave to the camera choice. The camera doesn’t see the way you do!

1 thought on “Color Is Powerful”